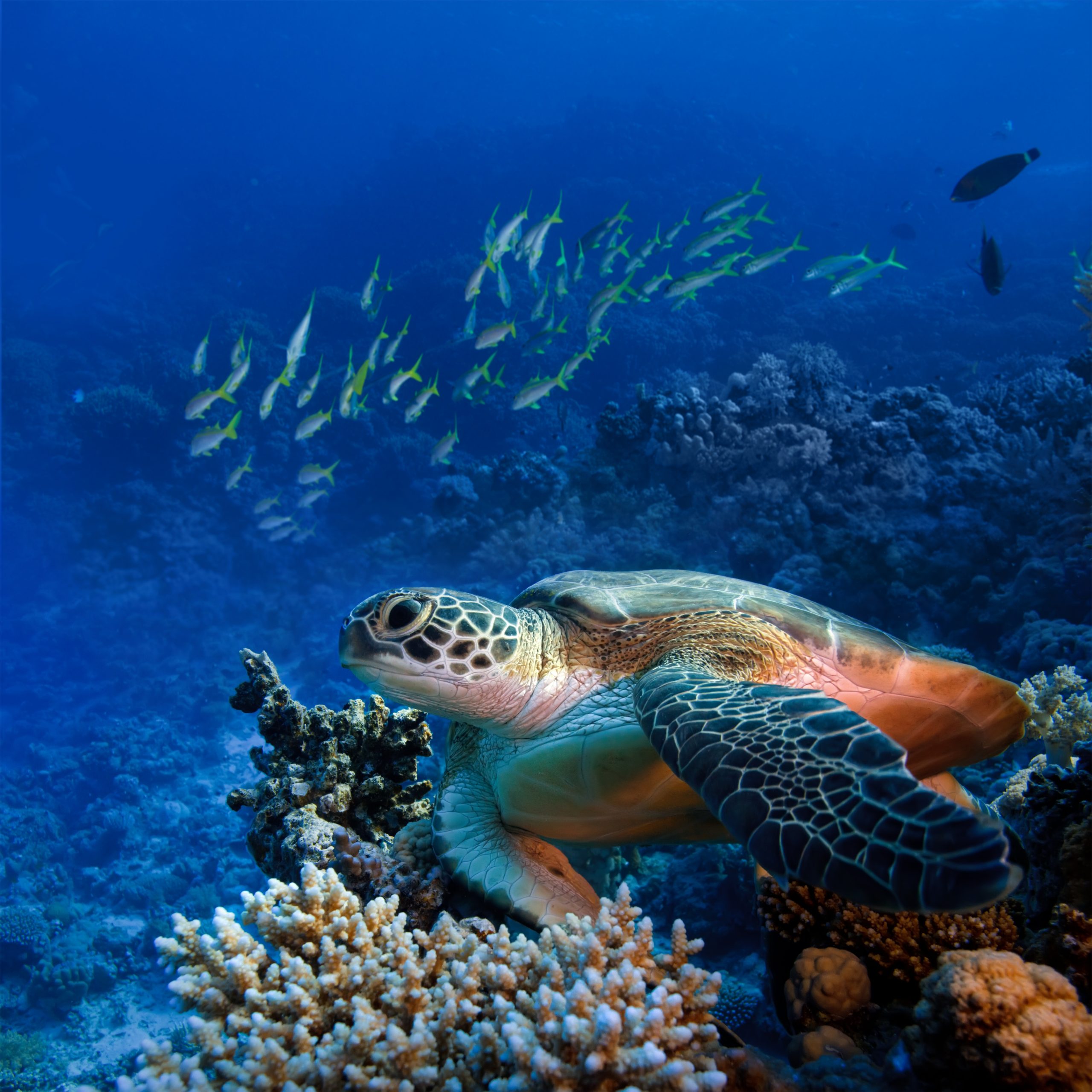 Sharing the Environment with Sea Turtles

A day spent sailing and snorkeling in Hawaii means seeing Hawaii’s Sea Turtles up close. Enjoying and preserving the natural side of Hawaii also comes with a few common sense tips to our visitors and residents alike.

Stay at least 10 feet away from sea turtles – disturbance disrupts normal behavior and causes stress to these peaceful animals.

Stay behind any ropes or signs and please follow recommendations and instructions provided by your guides,  Hawaii Marine Animal Response (HMAR), law enforcement or other NOAA-sanctioned personnel on scene.

Do not touch or attempt to move sea turtles, do not pour water on them, do not feed – directly or indirectly, and encourage others to view respectfully.

Use barbless hooks and check your fishing gear and net often.  Please follow all fishing and net use rules. Release accidentally caught turtles by first calling the NOAA hotline at (888) 256-9840, then carefully real in the sea turtle, cut your line as close to the turtle as possible, leave the hook behind, and then gently release the animal. Remember, if you accidentally catch a sea turtle, “it’s OK to help.”

Use wildlife friendly lighting on the beach and near the shore. Bright white lights can disorient baby sea turtles from getting to the ocean after hatching.

Do not drive on the beach where you could injure a sea turtle or damage a nest. Sea turtle nests must remain undisturbed. Keep your pets on leash to minimize sea turtle injuries and death.

As indigenous species in Hawaii, sea turtles play an important role in Hawaiian cultural traditions and mo‘olelo (stories). The honu (green turtle) and ‘ea (hawksbill turtle) are mentioned in the fourth verse of the Kumulipo, the Hawaiian creation chant. Some families continue to revere sea turtles as their ‘aumākua, or spiritual guardians.

Traditionally, sea turtles were incorporated into native practices, religious ceremonies, and diet. Shells, bones and oil were used to make fish hooks, tools, medicine, and jewelry. Harvest was tightly regulated by traditional management practices of the kapu system (cultural rules and code of conduct) enacted by Hawaiian chiefs or ali‘i.

The green turtle (Chelonia mydas) is listed as threatened under the Endangered Species Act and is found throughout the main Hawaiian Islands. Historically, green sea turtles were abundant and nested throughout the entire Hawaiian Archipelago. However, after European colonization (around 1819), the kapu prohibition system began to erode. During the 20th century, the numbers of Hawaiian sea turtles dropped precipitously as harvests intensified and became commercialized. In 1978, green turtles received protections under the Endangered Species Act (ESA) and harvest was prohibited. The population has increased over the last 2 decades by 5.4% per year with almost 800 females nesting annually (compared to 35 turtles in 1973). The hawksbill turtle (Eretmochelys imbricata) is listed as endangered under the Endangered Species Act and in the main Hawaiian Islands, is mainly found around Hawaii Island. Both species rest under the management responsibilities of the State of Hawaii and the National Oceanic and Atmospheric Administration (NOAA) and its National Marine Fisheries – Protected Resources Division. Three additional species of marine turtles occur within Hawaiian waters but their appearances are not common. These include the endangered loggerhead turtle (Caretta caretta), the endangered leatherback turtle (Dermochelys coriacea) and the endangered Olive Ridley turtle (Lepidochelys olivacea).

As the number of marine turtles has increased in Hawaii in recent years, so has the incidence of basking as well as situations involving turtle health and species recovery such as strandings, fishery entanglement, cases of Fibropapillomatosis (tumors), nest/hatchling disturbance and predation, and turtle deaths on shorelines. To address these incidents NOAA has entered into an agreement with HMAR to act as first responders on the island of Oahu and to perform needed interventions and transport involving sea turtles.

Learn more about the key threats to Hawaii’s sea turtles.